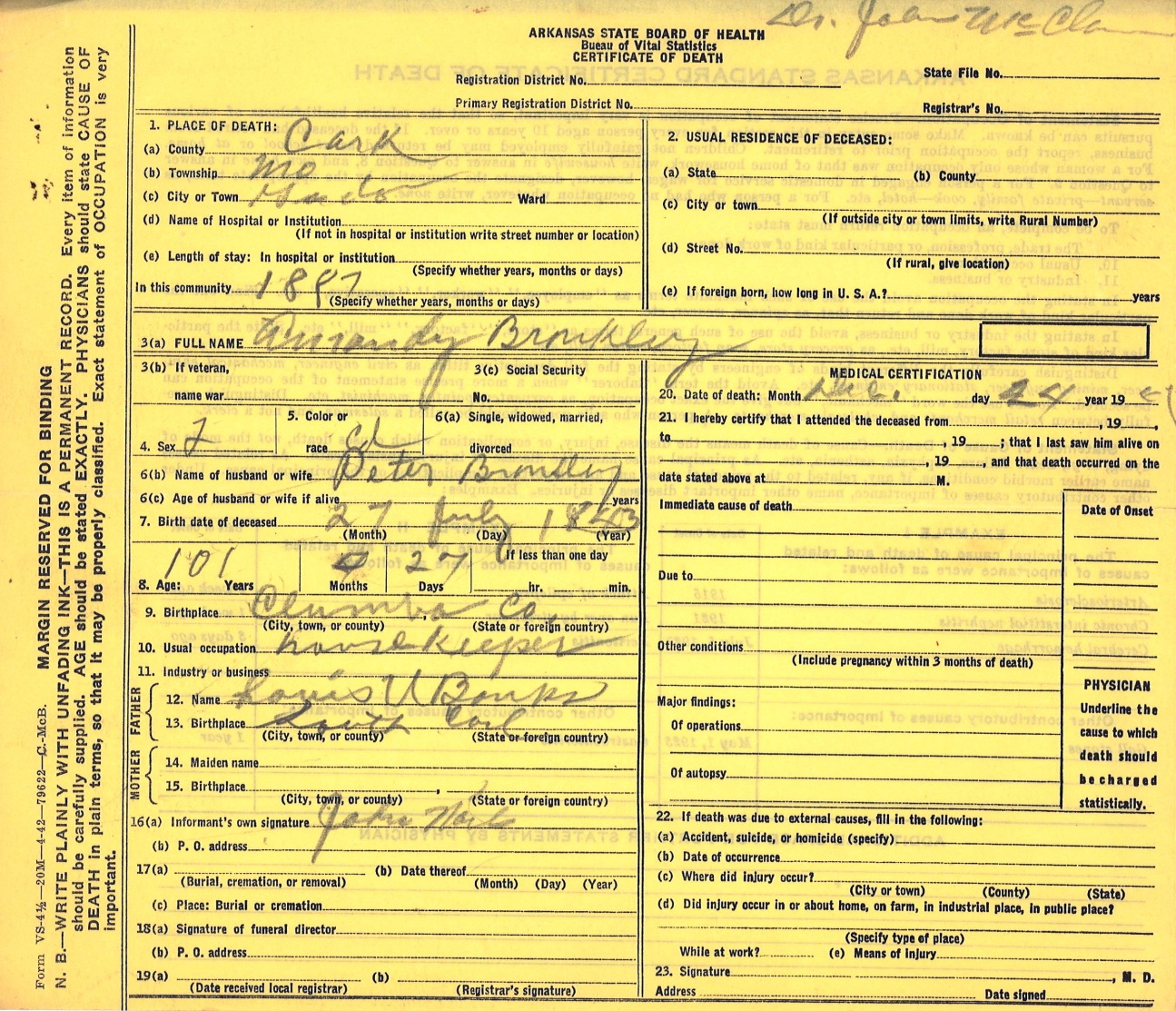 This digital collection features death certificates kept by the Wiley (now Mitchell) Funeral Home in Arkadelphia, Arkansas, between 1941-1968. The records document the lives of over one thousand African Americans who were either residents of Clark County or whose funerals were handled by Wiley Funeral Home. HIPAA protections for these records expired in 2018.

Names on death certificates were largely entered as they appeared. Special Collection staff used controlled vocabulary for other fields, such as occupations and birth, death and burial locations. Researchers may wish to consult additional sources such as census records and cemetery indices to verify information on the death certificates. The Wiley Funeral Home records also contain burial transit permits for individuals who died outside of Arkansas and burial insurance forms. These materials are not included in the digital collection at this time. Researchers interested in using these additional materials are encouraged to call or email Archives and Special Collections.
Printing is not supported at the primary Gallery Thumbnail page. Please first navigate to a specific Image before printing.