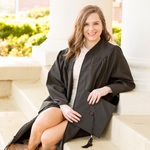 Download The Jewish Response to the Nuremberg Trials.pdf (71 KB)

Download John Doe Arrest Warrants as a Solution to Statutes of Limitatio.pdf (48 KB)

This e-portfolio showcases the academic work through both papers and documents of Melody Pruitt's educational and work experience in achieving his social justice degree.

These documents are under a Creative Commons license CC BY-NC-ND.

Fighting for Social Justice in the Criminal Justice System (Social Justice Class Paper): Social justice is defined as promoting a fair, equal, and moral society in which everyone has access to opportunities, justice, and basic human rights. In my opinion, social justice can never truly and universally be achieved, but that does not mean we should not fight to attain what justice we can. The world that we live in is imperfect and sinful. Ever since the fall of mankind in Genesis chapter three, all of creation has been subject to sin and its consequences. As a result, societies around the world are filled with inequality and injustice fueled by selfish and immoral human beings. Although our world may be full of sin and social injustice, we must strive to make it the best it can possibly be by fighting for justice. From Jesus assisting and healing the poor and crippled to protesting in order to end desegregation, people have been striving to achieve social justice for millennia. There are many different subtypes and categories of social justice as well as many avenues to go about achieving it. Some may fight for racial equality and minority rights, others may seek out legislation to protect the environment. The combinations of issues that are prevalent in the world and avenues to achieve them are endless. Social justice is such a broad umbrella of disenfranchisements, issues, and inequalities that the possibilities are endless. People from all walks of life and all disciplines of academia can strive to achieve social justice in their own way. This is what makes social justice unique and worthwhile. Social justice is a noble cause because it involves fighting for moral causes that are beneficial to other people. Campaigning for a resolution to problems like inequality or religious persecution may be difficult and may seem impossible, but in the end, you have helped out your neighbor, which is what Jesus calls us to do and what we, as decent human beings, should strive to do. I personally have been called to fight for social justice in the criminal justice system. Ensuring access to justice to both perpetrators and victims is my version of social justice and my calling. Even further, my passion really lies within fighting for justice for victims of rape and sexual assault. I believe that the criminal justice system is a pivotal place for social justice and that the rights for both victims and the accused must be protected.

We The People (English-Advanced Composition Class Paper): On July 20, 2012, twenty-four-year-old James Holmes entered a movie theater in Aurora, Colorado where a new Batman movie was being shown and began shooting, killing twelve people and injuring fifty-eight (“Deadliest Mass Shootings”). Throughout his career as a doctor who treated mainly gymnasts, Larry Nassar molested hundreds of women and girls for decades. On Valentine’s Day of this year, Nikolas Cruz walked into his former high school in Parkland, Florida, and shot and killed seventeen faculty and students, injuring many more (“Deadliest Mass Shootings”). In the United States today, it almost seems commonplace to hear these stories in the news. Our society has become so violent that once peaceful and safe spaces like movie theaters and schools have become war zones. The sanctity of simple, normal behaviors has come under threat, and many live in fear for their lives every day.

The Social Implications of Prostitution (Sociology-Crime and Deviance Class Paper): Prostitution is the exchange of some kind of sexual service for money. Prostitution is a significant institution to study because it holds a distinct place in a wide variety of societies across the globe. In the United States alone, prostitutes serve approximately 1.5 million customers a week (Pateman 53). It is a historical profession that has lasted, with high demand, for hundreds of years. In the modern era, the issue of prostitution should be a pivotal conversation. Movements such as the Me Too Movement have brought to light the sheer prevalence of sexual assault in American society. Women’s rights are a popular topic, not only within the United States, but throughout the world. Sex trafficking and slavery are at an all-time high, and societies are beginning to acknowledge this as a serious problem. It is interesting, though, that issues such as reproductive rights or sexual assault are promulgated in the media and everyday conversation, but prostitution is typically not. Prostitution is an equally important topic within women’s issues as sex trafficking or equal pay. It can have just as devastating consequences to both women and society as a whole.

'John Doe' Arrest Warrants as a Solution to Statutes of Limitations (Political Science-Judicial Process Class Paper): American society has taken a hard, stern stance on sexual assault in recent years. From Bill Cosby to Harvey Weinstein to Matt Lauer, influential and famous men throughout the country are being accused of sexual assault or harassment on a daily basis. As a result, movements like the Me Too movement and the Women’s March have risen and gained great popularity among society. Social media is often flooded with new sexual assault allegations and posts supporting victims and raising awareness about the issue. Despite all of this, convictions regarding sex crimes in the United States are embarrassingly low, and women and men who raise their voice as victims are often labeled as liars and never see their day in court.

The Jewish Response to the Nuremberg Trials (History-World at War Class Paper): World War II was characterized by extreme violence and hardship. People from all over the world faced incredible circumstances of hunger, destitution, disease, and death. Millions of lives were lost both through the waging of war and the extermination of people groups. World War II characterized the globe in several different respects that still affect it today. Political systems, societies, and policies would forever be changed by the war, and people began to see each other quite differently. Perhaps the most well-known example of this is the mass murder of millions of Jews by the Nazi regime known as the Holocaust. Jewish people throughout Europe were shipped off to labor and death camps to face their demise in a systematic and ruthless manner. Adolf Hitler poisoned the minds of the German people to believe that the Jews were responsible for their difficult circumstances after the First World War. The Nazi regime began by cutting off the Jewish population from society and evolved to forcing them into gas chambers and dying by the millions.

Social Justice Studies Capstone Essay (Social Justice Class Paper): Beginning in May 2016, I worked for the 7th Division of the Pulaski County Circuit Court under Judge Sims. The Seventh Division Court is a completely criminal circuit court, meaning that Judge Sims only hears higher-order criminal cases. The charges in these cases range from drug possession to capital murder and everything in between. Another key area of cases involves probation revocation charges. Probation can be revoked for a variety of reasons, including failing a drug test, not checking in frequently with a probation officer, and not updating contact information. The defendants in these cases were all adults, or juveniles charged as adults. They varied widely in race, gender, socioeconomic level, and age.