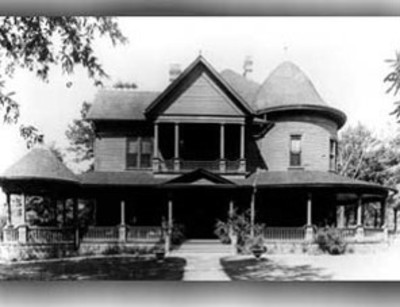 Captain Henderson House, located at 10th and Henderson Streets on the Henderson State University campus, is a bed and breakfast in Arkadelphia, Arkansas. It is a Victorian-era home named to the National Register of Historic Places. You can come and stay and enjoy your visit. Whether you are planning a getaway, an event, or just traveling for business. The Henderson House is a great place to visit and to know more about the school’s rich history.

The Captain Henderson House is named for its former owner and namesake of Henderson State University, Charles Christopher. Captain Charles Christopher Henderson worked at St. Louis livestock commission where he worked with cattle. When he worked there, he got the nickname captain. He moved to Arkadelphia, Arkansas, in 1879. Later, he bought several lots near the Henderson State University’s campus where the Henderson House was built. In 1911, he sold his house and moved to El Paso, Texas, due to a lung condition.

The Henderson House was constructed into a small cottage in 1876. In 1906, it was expanded and called the “Big House.” The “Big House” was later expanded in the 1920s. It still looks the same in present day as it does in the 1920s. It contains the best collection of interior fretwork in the state of Arkansas. When Charles Christopher sold the house, he sold it to the Philips family and it remained in the family until 1979. Later, the granddaughters of Claude Philips sold the house to the university. Eloise Philips Stone was the last owner and resident. In 1998, the house was named to the National Register of Historic Places. The building previously served as before its restoration and use as a bed and breakfast.