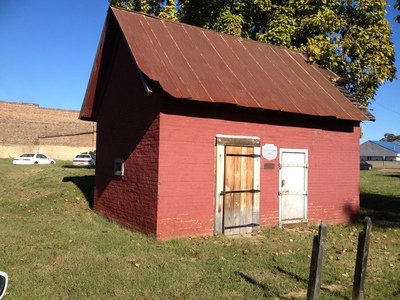 The construction of the railroads enabled the birth and growth of the timber industry here in Clark County. As is to be expected, with industry comes community and the birth of the City of Gurdon. Gurdon began as a construction camp on the Iron Mountain Railway (IMR) which was completed in the early 1870s, most likely 1873. From the main line there in Gurdon, the IMR soon completed a branch to Camden which only added to the activity and regional centrality of Gurdon. With the completion of the Gurdon-Fort Smith railway by 1906 Gurdon was connected to untouched timber resources in Montgomery County and other timber operations throughout the Ouachita Forest. The forests around Gurdon, especially to the Northwest, contained huge stands of yellow pine which was very well suited for a rapidly growing and building nation. Most of Clark County participated in the timber industry but Gurdon took the lead. In 1888 Gurdon lumber mills shipped a total of 4,178 carloads whereas the lumber mills of Arkadelphia, Smithton, Beirne, Whelen, and Curtis combined only shipped a total of 3,346 carloads. This industrial development led to commercial development so that by 1888 Gurdon boasted a population of about 1,000, most of whom were employed by the mills. There were enough residents and visitors that Gurdon was able to support six general stores, groceries, meat markets, barber shops, mechanics’ shops, two hotels, a livery stable, a weekly newspaper, a post office, and several churches. Four physicians found sufficient clientele, and by 1900 there were also cotton gins, a brick company, an ice plant, a bank, and several other “similar conveniences”.

With all this activity and such rapid growth, it comes as no surprise that law enforcement and a jail would soon be needed. Some people say that the Gurdon jail was built in 1897 because a map from that year shows a structure of identical plan in the exact same location labeled “lockup”. The more accepted date, however, is 1907. It was designed and constructed by M. D. Lowe, the co-owner of the Gurdon Brick Company who also designed the Old Bank of Amity. It is a single story, gable roof, red brick masonry structure with a simple rectangular floor plan. On the Eastern and Western sides there is a small, central horizontal window and the North side has two of these windows which are distributed one per cell. The South side has two entries, a wood door on the Western side that is original to the structure and a metal door on the Eastern side that was added when a partition was added down the middle of the building and a second cell created. It has a strip tongue-in-groove wooden ceiling, original to the structure and early, if not original toilet fixtures. It was typically used for local offenders only (speeders and the occasional town drunk) while “outsiders” and major offenders were sent seventeen miles Northeast up the road to the large jail in Arkadelphia. Every road leading into Gurdon had a sign that read “Drive slow, see our town. Drive fast, see our jail.” The speed limit was twelve miles per hour except around corners where it was eight miles per hour. At some point in the jail’s life a concrete floor was added to prevent standing water and the roof was replaced with an exact duplicate. It is located on W. Joslyn St. and was restored in 1985. On Nov. 12, 1989 the National Park Service certified it as a national historic site and placed it on the National Register of Historic Places. It is no longer in use and currently vacant but is one of the community’s few intact and surviving structures from Gurdon’s “boom” era. The jail finds its historical significance in the areas of law, exploration and settlement, and social history.